About 5 hours in to first meeting Rowan, he told me he needed to tell me something very important. Not exactly something any girl wants to hear so soon on a date that is going very, very well. I assumed it would be a secret child or serving time, however it was on par but not so godly awful, he told me that two years ago he had been diagnosed with MS (multiple sclerosis).


My reaction suprised him somewhat, I shrugged and said it was fine with me. He asked me if I knew what it was and if I was sure that it wasn't an issue. I did and I was. The way I look at these things is they are what they are and once you know about them, you can learn to live with them and deal with them as best you can. Easier said that done, admittedly, but it at least knowledge gives you a heads start which is always helpful with health related issues.

In addition, knowing that someone, who is remarkable, has any illness/condition but is coping with it, doesn't make them a defect or throwaway, it means that you're aware that they, and you, could come across some difficulty along the way. It's not ideal but it could happen at any point in your relationship, who is to say that you or they won't develop some awful condition during your journey together, it is what it is. It's not as though you would divorce or break up with them due to illness. Why would you decide not to date someone when you find out they are not classified as 100% perfect.

My brother has had ME/Chronic Fatigue for over 10 years now and he still suffers some times, however he has come to terms with it and tries to deal with it as best as possible. It is what it is.
Rowan had come to terms with his diagnosis. Has a top Neurologist who looks after him and has access to the best medical help in London. He sees a nurse regularly and recently received the incredible news that he is officially in remission. Why would I decide to not date him, because he is coping with something that makes life a little harder but not impossible?!

Yes, it won't be plain sailing but who is to say that he won't find the perfect medication and we will live a perfect life after all?!

And who wants a perfect life anyhow, it sounds awfully dull!
Posted by Pipsywoo at 6:07 PM No comments:

If you would like a Granny Square Blanket, contact me through the above link as I'm now taking commissions.

They are the perfect gift for an expectant mother or for your home, which you can add a personal touch to.

On average, my blankets measure to 32 rows, approximately 87cm / 34" wide.
My blankets traditionally have a slight curve to them (see above and below) and can come with a scallop edge, as optional. 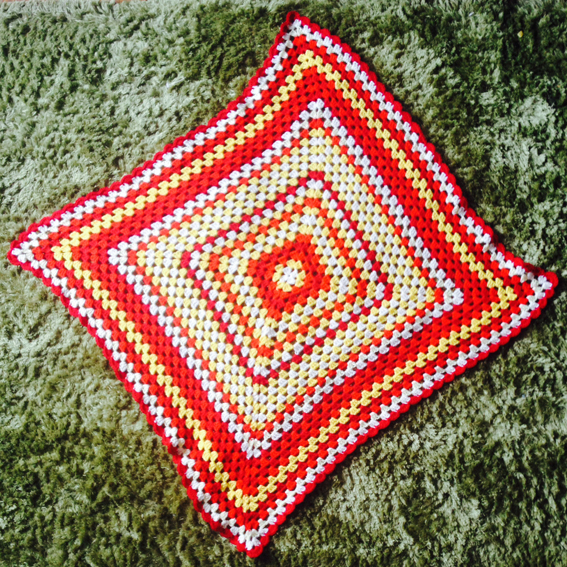 They take approximately 4 weeks to make and can be made in any colours and patterns.

All of my wool is 100% acrylic, to ensure durability and ease of washing.

Posted by Pipsywoo at 4:07 PM No comments: 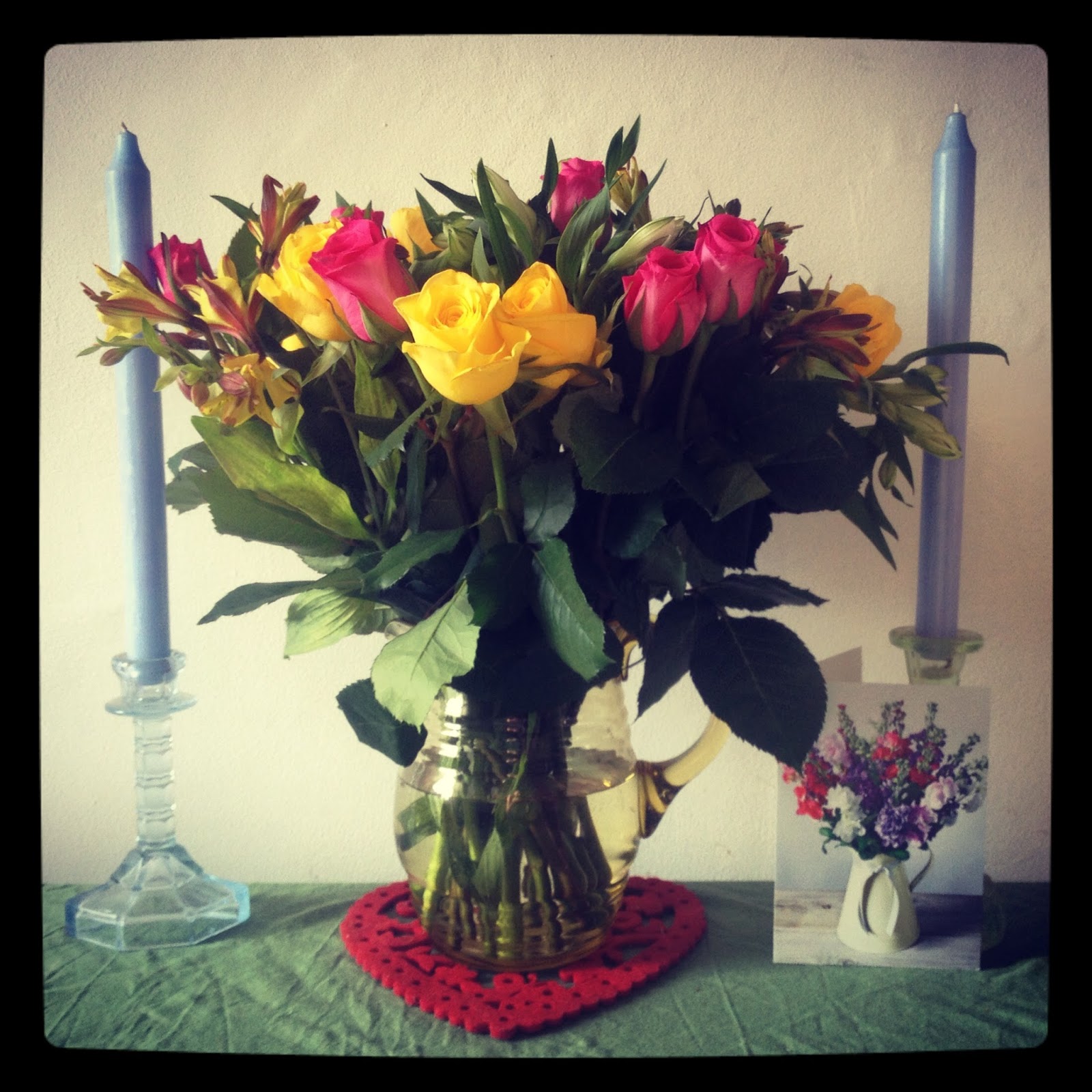 Astromelias and Roses from work

Posted by Pipsywoo at 7:08 PM No comments:

I had my tonsils removed yesterday, after 15 months of suffering from Tonsil Stones and they are finally gone. It was a strange experience:

On the approach to the operation, people kept on asking if I was nervous, which I wasn't. My theory was that the Doctors and Nurses do these operations all of the time and I would just be considered another number, so why be nervous.

Off I went first thing yesterday morning to Homerton Hospital, spending the first 10 minutes lost in the corridors. The hospital was abandoned and empty, it was 7:30am after all. While walking aimlessly I ended up in the Maternity ward and the MRI scan unit. After two employees took pity on me I ended up in the Day Stay Unit.

After being checked in, six women were walked through to the unit, me included. We were shown to individual cubicles with some fetching robes, hairnets, disposable knickers and medical stockings - I have never looked so sexy! I spend the next hour reading magazines, answering the same questions (what's your name? What's your date of birth? Is this your address? etc.), cracking jokes to the nurses and relaxing.

Eventually I'm collected to go and meet my anaesthetic team. I walk into the smallest room known to man, which hosts 5 people and a gurny. I can't help but joke about how it reminds me of my blood test, when I passed out with one woman and woke up with 6 additional people around me.
Once again I'm asked the same questions and I advise them to add a random question in to throw the patient, this ends up confusing one of the nurses. The last thing I remember is the oxygen mask going over my face.

An hour or two later, I'm gently woken by a kind lady who tells me that all is over and wheeled around the ward to another cubicle and placed in a chair, about 5 seconds after vomiting. I then snooze and sleep for the following hour, in between having my blood pressure taken. After about an hour, the drugs which were given to me finally overcome me like a warm hug and I wake up properly.

I'm now sore, achy, tired and weak. I've not eaten all day. They call Rowan and give me some jelly. I am then moved to the TV room where I am subjected to two hours of Jeremy Kyle, which is possibly worse than my sore throat and inability to swallow. I eventually ask the nurses to call Rowan again to find that he's been waiting in reception for an hour and a half due to someones incompetence. I go to the reception to find him asking the receptionist to once again call the ward, frantic out of his mind.

We head home and I spend the rest of the day napping and sipping drinks, I takes me over an hour to drink a cup of cold soup...so this is my life now for the next two weeks: cold to tepid food and drink with no spice, roll on July 16th.
Posted by Pipsywoo at 3:04 PM No comments: