The people of Washington State must be lonely... 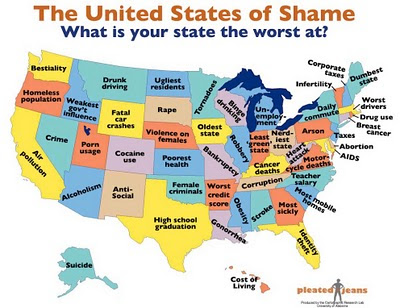 Posted by Pipsywoo at 1:13 PM No comments:

I also watched this, my friend and I were looking for an extremely shit horror film to watch, the kind where you side with the killers. Now we knew there were no killers, but we wondered how you could stretch out sitting up on a ski lift for an hour and a half. We were pleasantly surprised, randomly?!
The film wasn't as bad as it could have been and I think it was a wise idea of the director to actually stick the cast up on the chair, instead of using poor/cheap special affects.
If you want to be mildly entertained and horrified by a genius use of sound affects, watch it. But please, do not get your hopes up. In fact, do as we did and believe it's going to be horrendous, that way you'll end up pleasantly surprised.

When I imdb the director, I found he'd made a film called 'Cheerleader Camp', now doesn't that sound like an awesome film!
Posted by Pipsywoo at 2:19 PM No comments:

I watched this last night and can't make my mind up about it at all. It's a very sad story of Timothy Treadwell, who lives with grizzly bears in Alaska every summer in a make shift camp. Unfortunately, during the 13th season of his doing this, he gets attacked by a rogue bear and dies. His girlfriend who had gone to visit him, also died. It's an extremely sad story and is very interesting, due to most of the film using his original footage that was recovered from his camp.

The film also interviews his friends, one of whom found his remains while searching for him, another being an ex-girlfriend, who runs a charity for the conservation of grizzly bears with him. The coroner who dealt with their deaths and his parents, among others.

I think my issues started when the coroner starting to appear extremely dramatic, it seemed unprofessional and creepy, the way he talks and deals with the interviews, left me feeling like I was watching a Christopher Guest style mockumentary. There are various factors to why I felt this way, not only the coroner, but Timothy's ex-girlfriend/colleague seems uncomfortable in front of the camera, this in turn makes me feel awkward. And I guess mainly, Timothy himself, there is a period where he has obviously been alone for a while and has a bit of a Wilson moment (Castaway with Tom Hanks), he also has this persona who he uses when he's filming, which makes me feel as though I was watching a film, rather than personal homemade films (there is no awkward voyeuristic feeling, as there normally is when watching other's home videos). The whole thing just made me feel indifferent and unsure about it.

I would recommend it to others, purely to gather other people's perspective on it. I just can not place how I feel about it. I loved how passionate Timothy is, that was truly inspiring to see and yet how he shelters from humanity and blames humans for all the wrong in the world, made me feel he was deluded for all the wrong reasons. The film maker Werner, is as considerate as he can be about such a tender subject and portrays Timothy in a very compassionate light, with Timothy's original ideals as the main focus of the documentary.

I just couldn't wrap my head around it and still feel indifferent!

Plus, I don't think it helps that I saw this film a few days before and this clip kept on popping into my head, when Werner talked.

Posted by Pipsywoo at 1:30 PM No comments:

I really want to see this and I'm not a huge fan of big blockbuster Oscar nominated/winning films. I normally picket them for as long as possible, then watch them and love them, due to them generally being very good, hence the award nomination, etc. But I really want to see this.
I read a bit about Aron Ralston and loved that he wanted to make more of a documentary style film, than hollywoodesque flick.
I was thinking this morning about how the conversation between Danny Boyle and Aron went, I imagine similar to this:

Aron: Hello
Danny: Hey Aron, it's Danny Boyle, I'm a film director, I'd like to do a film about your time stuck in a crevice in Utah.
Aron: Oh right, well what type of film would it be, I'm really looking to have it documented, rather than Hollywood.
Danny: Well I'm mainly an indie director, I like to get down and gritty with the storyline and make the audience feel the characters pain.
Aron: That sounds good, what other films have you done?
Danny: I did 'Trainspotting', that is probably my biggest film. It's about heroin addicts in Glasgow. I also did a little film about the slums of India. I like to get to the real heart of the project and depict it as best I can.
Aron: I've just IMDB'd you and it says you did 'Slumdog Millionaire', didn't that win lots of awards?
Danny: Well yes but the main point was never detracted from and it was never my intention to get awards, I just wanted to portray the book as best I could.
Aron: That's understandable. Send me a script and I'll see what I think.
Danny: Thanks Aron. I really think your story is amazing and I'd love to be involved.
Posted by Pipsywoo at 11:31 AM No comments:

I found this mildly interesting:


I want to see this, Bridesmaids:


And I'd love to be involved with this project, I find her photos fascinating!

Posted by Pipsywoo at 4:04 PM No comments: