I've read this recap blog since it started in Season 5 of Lost and I truly believe it's one of the greatest. I think the final recap explains it's better than most. And yes the island did exist and yes, some of them escaped the island and carried their lives on elsewhere. And no, it's not purgatory!

I adore the theme and meaning of the show and still stand by my original opinion "it is, was and will always be, a truly amazing TV show".
Posted by Pipsywoo at 4:22 PM No comments:

This is quite interesting, a more kind of similar stagnant version of Antony Gormley's 4th plinth.

Marina Abramović is sitting in the MOMA in New York and inviting people to sit with her in silence. I originally thought it would be rather nice to sit with someone in a museum in silence, until I found out that you actually had to sit opposite her, at that point, I thought it would be far to intense, uncomfortable, personal space and the like. Do you look at the other person, in the eyes? Or do you look over their shoulder, at the crowd, with closed eyes?! God knows.

Apparently numerous famous people have popped by, from actors, to writers, to fellow artists and of course the general public.

Here are the portraits of those who sit with her and how long they stuck it out for.
Posted by Pipsywoo at 5:27 PM 1 comment: 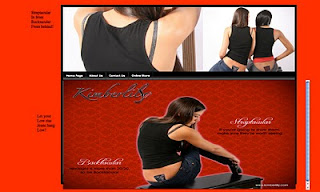 What every low riding wearer has always required! The Crack Patch!!!
Congrats Kimberlily for inventing them and making them so affordable. If only they didn't look so stupid!
Posted by Pipsywoo at 4:06 PM 1 comment:

Foreign Zombies are the best!

Oooooo, a new Foreign Zombie film to get excited about!

Posted by Pipsywoo at 5:44 PM No comments: 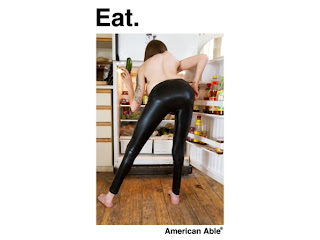 Not sure why but I love this photo and I love the concept behind the project.
Posted by Pipsywoo at 2:42 PM No comments:

I'm so irritated! I've had this before and I should have copied it, in case there were issues but the stupid 'autosave' was buzzing away, so I assumed it was being saved and oh no! Was it too much effort Google, eh?

I originally wrote about doing my vote this morning and how for some reason, the polling station signs always remind me of World War Two. No idea why?

I wrote about my swollen lymph node which appeared last week behind my ear and felt as though a value price, uncooked baked bean had been slipped under my skin. Pretty gross but luckliy, it went down after two days. And I now agree that no one should ever self diagnose online. I got very irrational and feared that I'd got head lice. Wasn't so bothered with the other implications for some reason.

I wrote about my not drinking booze for a short while. Which is a good thing. I think my entire body will thank me, especially my brain that has spent many mornings pounding. Oh and I guess my liver will be pleased too. Although I thought Tom would disown me due to this but he didn't quip or comment. I'm guessing his PMT yesterday clouded his hearing, might just not mention it again and see if he remembers.

I also wrote about how I'm going to Paris with Tom. It's Supergrass' last show and I've never been there, so am all rather excited! Just need to find some money from somewhere for that and for my return trip to New Zealand next February and my trip to Newcastle mid-June and life generally. Oh money tree, why won't you grow?

I also wrote about my acquirement of an iPhone and how Tom kind of expected that if I ever got one, that would be the last he'd ever see of me. Luckily, as much as I love it, I also hate the stupidly extra clever predictive word spell. It corrects the words that are wrong but also corrects slang and nicknames. Woop = Wool. Dennos = Dennis. Me = Mr. And yet, doesn't correct a 'C' at the end of a sentence to 'X'. Stupidly extra clever piece of annoyance!
But I do, or should I say, did love this app. Although now I've completed it with Sheri's help, I feel so empty! Why did she introduce it to my life?!

Totally rocking the awesomeness of this in the Car-e-oke. I'd like to note the special performance up Divinity Road last Friday, windows down, strangled cats and Fleetwood Mac a hollering!

I'm getting fucked off with Blogger! Just wrote a proper blog for the first time in a while and it's wiped it! Unimpressed!
Posted by Pipsywoo at 10:05 AM 2 comments:

Was speaking with some friends the other day about rollerskating and it reminded me of the awesome film "Xanadu" with Olivia Newton John. I've ordered it on DVD, to show how great it is to my friends. They'll be wow'd with it's 80s awesomeness!
Posted by Pipsywoo at 5:33 PM 1 comment: