The Strangest Day (a music diary)...

Today has been a crazy day. I awoke after a night of meeting a lot of people who I've heard about for a year. It was a really charming evening and the people who work with Tom are lovely, truly great people.

This morning, I awoke after a random drunk dream where I was 5 hours later for my plans today, a standard drunk dream, if my records stand true.
I eventually got up, after some re runs of Supermarket Sweep, showered and departed to head towards the South of Wimbledon...

I ended up stuck between Colliers Wood and South Wimbledon for about 20 minutes...at which point I was thinking of this song:

Eventually, I met up with the ladies, we did tea, and then headed towards the bridal shop, for Hammers to try 1000 dresses on, at which point I was sensing this:


Charlie Rich 'The Most Beautiful Girl'


We found the one with jubilance, at which point we ended up in Wimbledon feeling like this:


Polyphonic Spree 'It's the Sun' 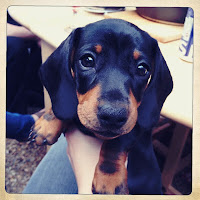 After some free cocktails and a platter of food, we headed to the home of Brian, at which point I tried to be mega cool and hip, so not to upset Brian, as he's mega awesome. FYI ---> This is Brian, he's pretty cool!

So I played this:

Then Vik's mentioned this and my life was changed:

and Hammers made me watch this:


Sam and the Womp 'Bom Bom'

and all of a sudden I realised I was hanging out with Europop freaks and desperately craved East London indifference...

at which point I changed the settings of "the bar" and played this:

We then had a musical moments, where I basically played the Phantom of the Opera from beginning to end, obviously singing along all the while...then came round and realised it isn't the 80s anymore, sad times.

So I ended the night singing along to this on my bus home:


Celine Dion ' It's all coming back to me'

and this (I had an epic 45 minute bus ride to fill, these are the girly highlights):


Meatloaf 'you took the words right out of my mouth'

Basically, it's been a fantastic day!!!
And I tried to get everyone to watch Queen live at Wembley, 1986, but they weren't game - sad times!

But most importantly, I tried to educate Hammers tonight, by leaving her with this album, and especially this song: